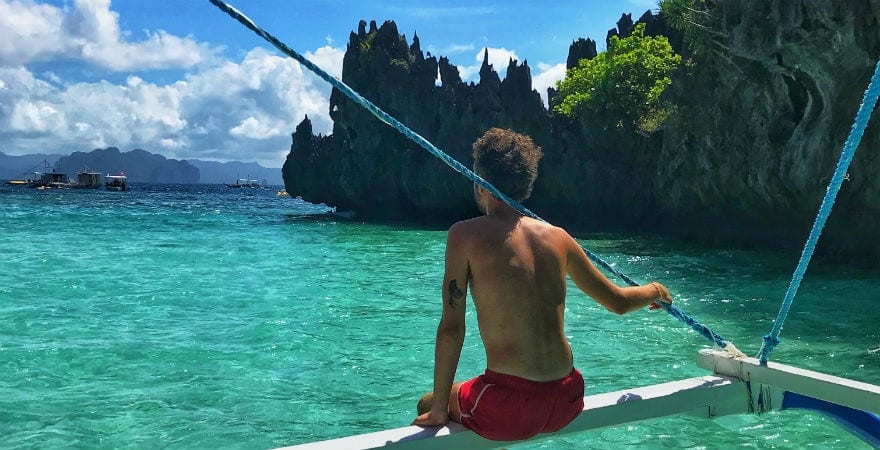 Do you know someone who is doing Dropshipping as Side Hustle? Well, today you meet one.

This is the ordeal of Karolis Rimkus, a young man from Lithuanian. Before he started dropshipping, Karolis had also worked the regular 9 hours like other marketers for media companies as himself for over seven years. Presently, Karolis’ trip to the US was almost fully financed by the money realized from his dropshipping store.

And the most amazing thing was that he ran this store as a supplement income while working full time.

For Karolis, it was hard using his skill to build other people’s business, with nothing to show for your self.

Karolis has spent the last eight months touring the world with his wife. A plan he made with his wife in 2017 to travel around the world and as save enough to be financially free. Also read about $60K Per Day Dropshipping From Losing Millions Gambling

Presently, they have quit their jobs, and it looks like things are just better than it used to be.

With his dropshipping business, he has been able to save enough to change their three months planned tour into eight months.

So far, they have visited Malaysia, Philippines, China, Laos, Indonesia, Thailand (twice), Cambodia, Taiwan, Vietnam, Japan, Hong Kong, and they rounded it off with a road trip from Los Angeles to New York in the US.

When it became glaring that Karolis and his family just needed a break from work, he started looking for alternatives to source money outside his regular full-time work.

He was looking for an option with which he can still employ his marketing skills; his option was online.

The first option he tried was affiliate marketing, which wasn’t so easy to go around. And it was time-consuming with little output, so he just forgot about it with time.

It was on Facebook one day that he stumbled upon dropshipping.

He had just seen a post from a friend on drop shippers that were making so much from their online stores.

Anxious to know more, he starting researching and reading to know more about dropshipping and how to make a living with it; at a minimal risk cost.

So going through the module, he got that he didn’t need to invest in his store inventory as a drop shipper. He could just get orders from his store, send it to his supplier, and the supplier, in turn, ships it to the customer directly as he keeps the profits.

As a brand manager, he had all week from Monday to Friday to his full-time job and dedicated his Sunday to dropshipping alone.

He would go back to the office on Sunday, and spend time building and organizing his store from morning to evening. And this turned out to be a good routine for him.

As a side-Hustler, it isn’t easy to satisfy all the pressing priorities. You would need to fulfill all your obligations, to friends, family, yourself, and, most importantly, balance the gap between your side-hustle and your full-time job.

Even Sunday to him seemed like it was not enough time to commit to working on his store, “When I got hooked on it, I was thinking about it probably 24/7,” he says.

And to give, giving out such amount sometimes was just so hard to handle.

The Choice of Product and Setting the Store up

When he started, he realized that they were so little that he knew to do well in his new business, especially how to source his products and what to sell.

He knew that selling a product that he didn’t like or have knowledge of would very hard for him to go around, so he chose an interest he said wakes him up in the morning.

And that would be his hobby, “running.”

He knew a lot about running gears because he races and goes out to train almost every day in the week; who wouldn’t know so much at this level.

So what this idea, he could get the best products for his store.

Making the First Sale in a New Store

It was easy to grow at the start, as it seemed like everything was just going slowly. I gave a shot at everything I could think about that would work. And the truth is, I’m so happy it paid off anyways.

With time everything gradually became clearer by day; he would just focus on adding products to his store sometimes and making the store look better. Next was his advertising, which he set up accounts on Pinterest, Facebook, Tumblr, and Instagram.

He suggested his products at running forums where people gave complains about their experiences with bad gears. “I was going through runners’ forums with my profiles, reading people’s concerns about their situation with bad shorts or terrible headbands, and was offering a suggestion on what to improve, and sliding in my products here and there.”

With time he started getting visitors to his store.

Two months after launching his store and yet no sales!! But he didn’t give up on advertising.

Though at some point, it felt very frustrating for him, it looked like most other of his online businesses that failed in the end.

In the end, he realized that he needed to focus on what he knew how to do, so he increases his channel on Instagram. And that was when his first sale came.

“It was a very rewarding moment!” he says. That was enough to keep him motivated.

At this point, he just focused on doing the best to grow his store the more. Increasing his social media presence and working on his customer care services.

According to him, in the beginning, he had so many influencers to reach out to.

So he could give people with at least 8,000 followers his item for a giveaway or trade his item for his product to be featured on their page.

Somehow it worked; with time, he had grown his page to over 15,000 followers. So he could do anything with his audience.

Influencers now trouped into him on their own accord. Sometimes, they would just order gear from his store, snap with it, and post on his page.

This sure turned everything up for him, and it increased his relevance, as well as the confidence his clients had in him.

Hitting His Highest Ever Sales Month

It knows that the weather always seems to be hotter during springtime and that people would need gears to run on. It was surely the best time to give his advertising strategies the best.

He started with reaching out to more influencers even outside the running gear niche, posting more often on Facebook and Instagram. For Karolis, he would say, don’t hesitate to try a new idea, you never know what you might get in the end.

This was due to one of his influencers that left him very dazzled in surprise; it was a blogger mom from the suburbs that he noticed was rapidly gaining a presence on Instagram.

Though she wasn’t a fitness blogger, she had so many followers. So, Karolis offered to send him a product for free to review.

On getting the package, she took a picture of her children opening the parcel on her Instagram story. It was a big boost for Karolis’ store as her followers bought the recommendation ideas and thus flooded to patronize his store.

Towards the end of spring, he had made over $5,000 in sales with just this Instagram strategy.

Mobile Business Idea: Traveling the world with my office.

Since starting his drop shipping career, he has always gone everywhere with is business.

So when Karolis set off for his trip in September with his wife, he took his business along.

He had always spent a few hours on it now; after all, it was giving him over $2,000 in sales per month.

He could work from anywhere in the world. He could just sit by the beachside, feeling the environment, and yet still making his money.

Funny enough, he had converted their hotel bathroom into an office while on their trip to Ho Chi Minh City in Vietnam; as that was the only place with adequate internet reception and a working power outlet.

Though he finally listed his store for sale on Exchange Marketplace in February, it sold for the equivalent of his five months full-time salary.

Karolis, dropshipping did not only change his travel life, but it widened his idea of life and helped him learn more.

“It fully changed the way I live,” he said in conclusion.

Presently, he has been able to work on his terms and bid the regular 9-5 work hour goodbye.

And can now work on his terms, and from anywhere around the globe.

It is easier to make out time for a hustle you enjoy. So go for something you are passionate about, it will help me dedicate more time to it.

You can make your experimental process very fun to go through. Try every marketing strategy as a spot.

You might need to find somewhere you can concentrate and work. It could be your home, an eatery, your car, or just anywhere you can just be sure to focus and do your work.

Reason being that as the day goes by, so does your plan timeline. If you don’t get somewhere to focus seriously; you might end up not achieving anything by the end of the year.

3.    Your Working Time is very important.

As the saying goes, “Time is Money.” And at such you need to plan well for everything.

You need to get your priorities right, and you don’t have time for everything. Use your scale of preference to know what goals take a specific amount of time and maintain it.

it is possible to do Dropshipping As A Side Hustle living anywhere in the world and one can travel and have fun at the same time.

You can start your dropshipping business by signing up on Shopify 14 days  free trial.

Today we are joined by Mark Peterson, founder of Ecom Blueprint and a thriving e-commerce…

Have you ever asked yourself How To Make $150K Dropshipping Using Instagram? Well, you are…